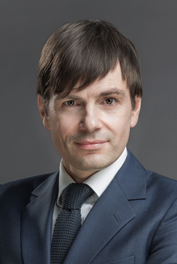 Philipp Koverchenko is a Russian lawyer based in London, running independent practice since 2013; specialising in running cross-border disputes and legal project management (particularly, focusing on matters related to Russia and Eastern Europe). He has many years of legal experience working as in-house lawyer and external consultant both in Russia and the United Kingdom.

Before moving to independent practice in 2013 he was for several years a senior associate with London office of US law firm Bryan Cave and represented major Russian clients, such as Basic Element, RUSAL, TNK-BP, Rosatom group in complex international disputes and non contentious matters. Prior to his relocation to London Philipp Koverchenko had been deputy head of legal of a major Russian investment holding company Basic Element where for five years he ran international arbitrations and litigations of the group companies in Switzerland, Sweden, USA, UK, Cyprus, Russia and other jurisdictions.

Philipp Koverchenko was one of co-founders of INTELLECT in 2000. In 2002 he ceased active involvement with the firm as his career took a different path. Beginning from 2018, Philipp and INTELLECT have joined forces once again to set up the International Desk of INTELLECT.

Crowdfunding and P2P Lending in the World

Comparative research on Crowdfunding and P2P Lending: 23 jurisdictions in

Guidelines for Investments in Real Estate

Comparative research on Investments in Real Estate: INTELLECT among 39 law

The chapter from the book 'Guidelines for Investments in Real Estate'