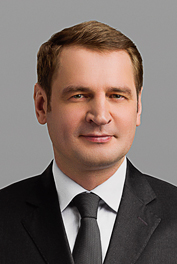 Dmitry has been personally recommended by international rating Best Lawyers in three categories: Litigation, Criminal Defense in 2017-2020, Civil Rights Law in 2019-2020, Arbitration and Mediation in 2020.

Dmitry Zagainov started his professional career in 1995 as a lawyer at a legal consulting agency. In 1999, he obtained the status of an attorney-at-law.

In 2015, he joined INTELLECT Law Firm. He was taken in as a partner. He became the head of the company's criminal law practice (protection of entrepreneurs in criminal cases of economic and corruption nature).

He is a member of the College of Lawyers "Sverdlovsk Regional Guild of Lawyers" and a member of its Presidium. He is an expert of the Federal Chamber of Lawyers.

Dmitry's most notable courtroom accomplishments include:

INTELLECT ranked in all the eleven practice areas in which Pravo.ru-300

The Best Lawyers' May issue was a triumph for INTELLECT: the purely peer review