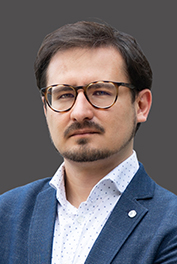 Since 2011, he provided free legal services in the Legal Clinic of the Ural State Law University, advising citizens on the issues related to housing law and housing and communal services.

In 2012 and 2013, he worked as an assistant to private practitioners, supporting the collection of debts in favor of heat power companies.

Anatoly is engaged in various areas of legal practice: he represents clients in courts of general jurisdiction and arbitration courts on issues of business and corporate law, supports the collection of debts from individuals and legal entities within the framework of enforcement proceedings, protects the rights of victims of crime in law-enforcement agencies.

Sphere of Anatoly’s academic interests: use of digital information technologies in the course of criminal proceedings. He is a moderator of the RITVUS scientific portal dedicated to the development of information technologies in criminal proceedings. He is the author of the monograph “Use of Digital Information in Proving for Criminal Cases” published by the publishing house "Jurlitinform" in 2019.

Anatoln's most notable courtroom accomplishments include:

INTELLECT-S Improves Its Ranking in Chambers

Legal regulation of cryptocurrency in the Russian legislation and judicial

Will the Internet and artificial intelligence relieve clogged Russian

How to verify that the claims of a suspicious creditor are reasonable? In many