Winners of the competition Legal Success Law Firm Awards 2012 , which was organized by Legal Success magazine, were unveiled on April 17. Awarding ceremony took place at the Russian Legal forum held by the Vedomosti newspaper.

Following the results of competition two awards were given: «Effective staff management» (on three categories) and «The best social projects» (on four categories). Organizers noted that all projects showed professional and social experience of participating firms. For this reason to decide the winners was difficult.

Law Firm Group INTELLECT-S got an award «Best social projects» in the category «Support of education and culture» for the project of partnership with Institute of the Right and Business of the Ural State Law Academy. Within the framework of this project INTELLECT-S founded scholarship, regularly organizes paid internships for students and holds educational and scientific events - student's seminars and panel discussions. And at the end of March, 2012 conference of pupils was in INTELLECT-S.
Upperclassmen, who attend Law School of Institute of the Right and Business, USLA, and students of Academy took part in this conference.

We have already participated in this competition for the second time. Last year we couldn't take an award, but our request was especially marked by judges. And today's victory makes me glad, also we had to compete with the formidable opponents . As organizers mentioned, the Moscow offices of international firms and the largest national law firms took part in the competition and it was quite difficult to decide winners. 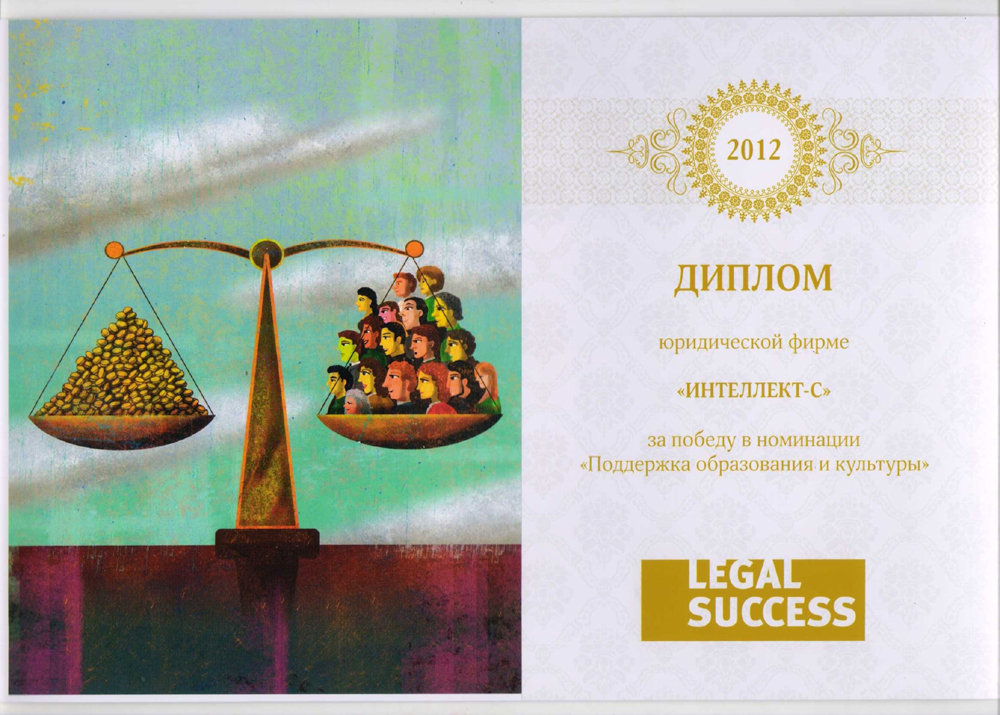 In the same category - «Support of education and culture» - organizers of competition gave an award to Law Firm ART DE LEX- for culture support.

In other categories of Law Firm Awards won the most known players of Russian law market.

More information on an official web site of the competition: http://lawfirmawards.ru/