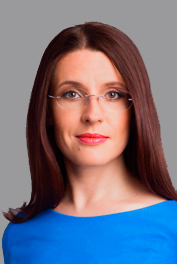 INTELLECT-S is representing the Bank, which is one of Russia's top 15 financial institutions, which ordered a copyright audit of IT products.

The Bank asked INTELLECT-S to audit popular user-friendly mobile banking applications as part of the due diligence of the software before it bought the license to use them.

The case was carried out by Anastasia Makhneva, Partner, INTELLECT-S.

The Intellectual Property Court is the government's answer to