INTELLECT-S is again among the best reputed firms — and improving.

INTELLECT-S ranked seventh — one notch up from the previous year — in the Pravo.ru-300 2017 peer choice comprising 12 lines shared by 22 select firms. 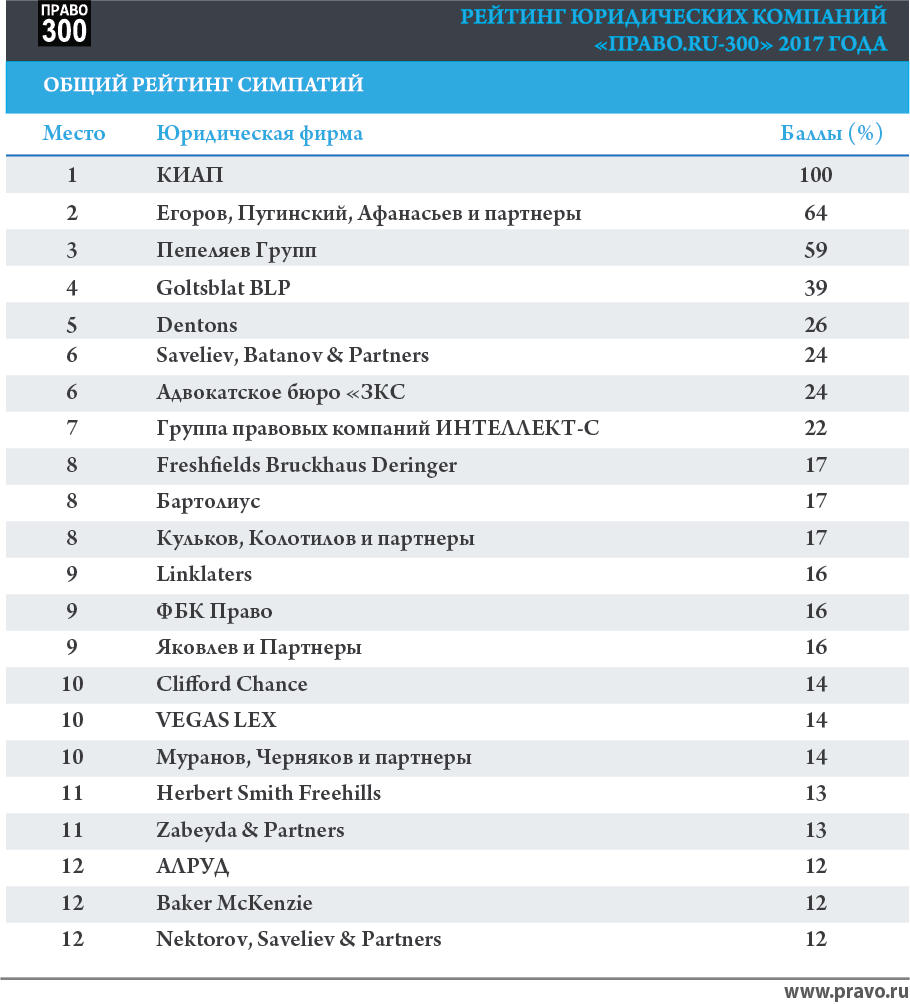 Pravo.ru rates the reputation of firms based on professional peer assessments made by managers, partners and practice area heads in the firms which it ranks in the relevant year. The portal interviewed more than 500 respondents in the firms it ranked in 2017. Each respondent named five firms (other than their own) which they thought were the most reputed in the Russian market, and three outstanding in each area.

This time, peers chose INTELLECT-S as the best reputed firm in intellectual property and — an improvement on the previous year — TMT. 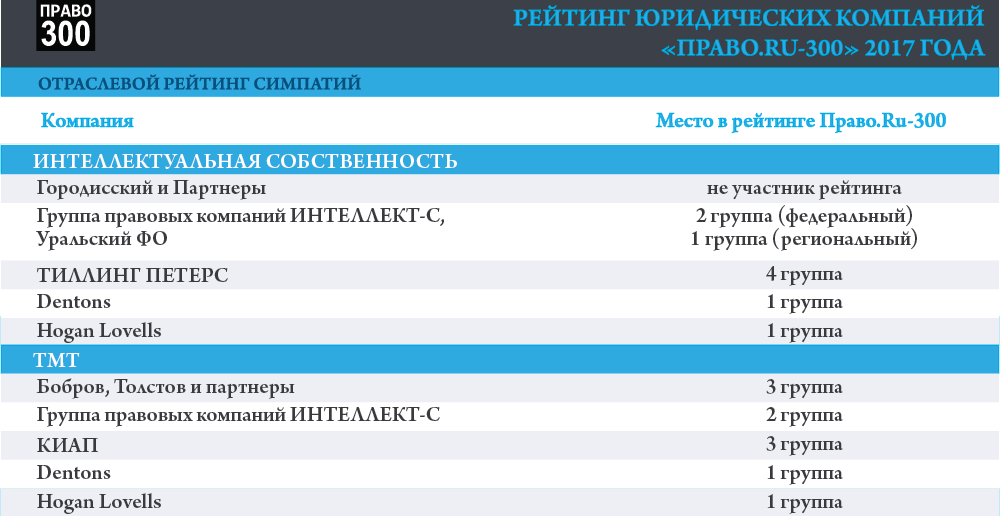 The peers' choice among individuals — announced by Pravo.ru for the first time in 2018 — produced top lists of outstanding practitioners in each practice area. Interviewed by Pravo.ru, each respondent chose one attorney in each competency. Peers named INTELLECT-S's managing partner Evgeny Shestakov as one of Russia's three best IP lawyers.

Reputational peers choice is for obvious reasons as prized by the legal community as a notch in Pravo.ru's general annual rating.

“Skeletons” in the Smartphone

Which laws protect the secrecy of correspondence and what you