INTELLECT-S is successfully representing Rabota66.RU, the Urals' biggest job-hunting Internet portal www.rabota66.ru, complained against by its two heavyweight competitors to the antimonopoly authority. The first to complain was E1.RU part of Hearst Shkulev Media, one of Russia' s 20 biggest media companies, partnering with of Hearst Corporation. Then it was joined by HeadHunter, the operator of an online recruiting service which operates across Russia, Ukraine, Belarus, Lituania, Latvia and Estonia (until the end of 2014, it belonged to Mail.Ru Group, one of Forbes Global 2000 companies).

The formal pretext for the complaints was Rabota's slogan "A Better Job Website in the Yekaterinburg Area" on its website and in advertisement and documentation. 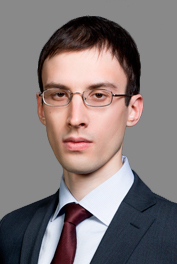 At the hearing, INTELLECT-S counsel for Rabota66.RU argued and demonstrated that its client excelled all its competitors, including E1.RU and HeadHunter, by all objective criteria and, consequently, could continue to use its contested slogan.

The matter was compounded by lack of criterion of comparison in the slogan: the phrase omits to say exactly what www.rabota66.ru excels in so as to technically qualify as comparative advertising; it characterizes Rabota66.RU as the uncontested leader in the online recruitment business in Yekaterinburg and Sverdlovsk Region.

Russian advertising law permits comparative advertising only if the superiority claim is backed by documentary evidence. Consequently, INTELLECT-S attorneys, as Rabota66.ru's counsel, had to demonstrate the client's absolute superiority, by all possible objective measures, not only to the complainant's portal, but also to all job-hunting and recruitment websites in Yekaterinburg and Sverdlovsk Region.

One challenge was the question what qualified as objective measures to call a website "better". We argued that such evidence must be provided by documentable graphic quantifiables: traffic data over various periods, numbers of posted resumes/CV's and vacancies and, as further evidence, various rankings of comparable websites. The antimonopoly authority accepted our approach.

The other, bigger part of the job was to gather evidence and demonstrate its admissibility, the more so that HeadHunter's case and evidentiary basis proved, it its own opinion, its superiority to both Rabota66.RU and E1.RU. INTELLECT-S successfully coped with both challenges.

If Rabota66.RU had lost the case, the antimonopoly authority would have imposed on it a substantial fine. Moreover, INTELLECT-S's client would have sustained substantial reputation loss as the case was extensively covered by the media on the complainants' initiative.

The case was carried out by Evgeny Komolov, Senior associate, INTELLECT-S.