On July 1, 2009 amendments to the RF legislation on limited liability companies were put in force. 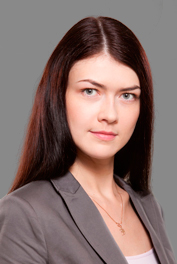 The new law obliges all the limited liability companies registered in Russia before July 1, 2009 to bring in compliance their constituent documents with the new legislation and submit them to tax authorities for so called re-registration. December 31, 2009 is set as re-registration deadline.

At the same time the law does not expressly provide for liability which incurs in case of non-compliance with re-registration requirement. It have fostered an ambiguity in current state of affairs and discussions in professional legal circles. However, the entrepreneurs were not hasty in passing re-registration and postponed it to September-November. Eventually, in autumn in big cities quite a tense situation developed: huge queues appeared at the tax authorities while the tax inspectors were not able to cope with the flow of those LLC which were willing to re-register.

What should those entrepreneurs expect who will fail to pass re-registration by the end of this year?

Point of View of Corporate Lawyer

Media and business circles widely discussed three liability options for non-compliance with re-registration requirement: suspension of the LLC activity, forced liquidation by the court upon petition filed by tax authority and administrative penalties.

To my mind, executive bodies are not authorized to suspend the activity of LLL on the grounds that it failed to re-register. Although the federal law provides for a re-registration deadline, it does not imply that after that date a limited liability company is not allowed to continue operating. Similarly, it does not imply that from January 1, 2009 a company will not be able to introduce the required amendments in its Charter and pass re-registration.

Thus, the LLC Charter not amended in compliance with new legislation before January 1, 2010 does deems not to be invalid starting from that date. In and of itself it can form the grounds for LLC liquidation by court in view that forced liquidation applies when recurring violations or gross violations of normative legal acts occur (para. 2, Art. 61 of the Civil Code of the RF). Therefore, the Charter will be legitimate to the extent it is in compliance with the legislation in effect.

The issue of possibility for invoking of administrative penalties still remains controversial.

In November an information that a draft law repealing the deadline for re-registration was submitted for consideration of deputies appeared on the website of the State Duma. Supposedly the new law will simply oblige LLC to bring their constituent documents in compliance with legislature just in case if specific amendments have been already introduced to constituent documents ("on first amendment of company's charter").

According to estimates of the law drafters, by mid-November just 7-10 percent of limited liability companies have passed re-registration. Due to some objective causes the overwhelming majority of LLC will fail to pass re-registration by the end of the year. Finally, the law initially aimed at supporting enterprises may cause them additional trouble. The representatives of the Department of Public and Media Relations of the State Duma assert that "the law will be approved by the end of the year".

Moreover, the FTS answered the question if the companies registered before July 1, 2009 and being in the procedure of reorganization or voluntary liquidation are required to pass re-registration. The tax body believes that re-registration procedure for such company is inexpedient because failure to bring the company's charter in compliance with legislation can not create grounds for refusal neither in state registration of legal entities being formed or terminated by reorganization, nor state registration of liquidation of legal entity.