Lawyers find tendering for contracts to provide legal services for public corporations an uphill battle and pointless waste of effort and money just for creds.

Lawyers find tendering for contracts to provide legal services for public corporations an uphill battle and pointless waste of effort and money just for creds.

INTELLECT-S formally won the tender "with a limited number of bidding participants" called by Sberbank to help collect debts owed by eleven associated bankrupt companies in eleven separate bankruptcy proceedings as long ago as April 26, 2013. Sberbank selected INTELLECT-S from among nine "participants" bidding for a contract worth 10 million rubles and, under the law, was to close the deal within 20 days of the official end of the bidding. 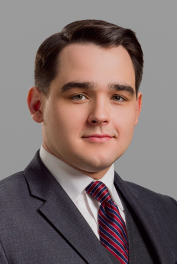 Recalls INTELLECT-S collector practice head Andrey Tishkovsky: "The customer was active the entire month of May 2013: they sent us e-mails, over twenty in all; appointed meetings attended by INTELLECT-S lawyers from Yekaterinburg, Nizhny Novgorod and Moscow; requested documents and details for the powers of attorney; sent the list of cases and a draft agreement to provide support in eleven bankruptcy proceedings. They even commissioned a legal opinion and a draft appeal in one of the cases "on credit", but kept delaying the execution of the contract, on and on.

It became clear after a while that Sberbank was dallying in bad faith to evade the conclusion of the contract with the winning bidder, multiplying the tenderer's losses. INTELLECT-S sent its first letter of claim, then the draft contract, and finally, having exhausted all means to resolve the matter informally, filed an action with the Moscow City Commercial Court in December 2013, seeking an order to conclude the contract.

As a law firm, INTELLECT-S has many times litigated on behalf on its clients, but it was the first time the firm's lawyers sued their client on their own behalf.

Personally, I think that ending up in court with Sberbank as defendant is, on the one hand, a logical result of all our frustration and disappointment with the procurement system for public corporations and natural monopolies. Despite the proclaimed goals and all the talk of equal access for all bidders, transparency and competition, public tendering is, as a rule, a mere front for a "steered" public contract-awarding process. The winner is, more often than not, someone who the customer thinks should win, and if another bidder wins, he does not get what he can legitimate claim just as well.

On the other hand, professionally, I am glad that commercial litigation proceedings will never be the same as they used to be, that is, written, formalistic, and indifferent. Commercial courts are becoming juster and fairer, because such things as parties' bad faith in the exercise of their rights or freedom of contract is no longer exotic to them.

The Moscow City Commercial Court's judgment (Case File No. А40-176170/2013) revealed loopholes in Sberbank's public procurement procedures, and not only for legal services alone. For a public SIFI with stock trading on international exchanges, loss of control over procurement or disclosure of bad faith in procurement is a significant risk which auditors, international rating agencies and the market may take into consideration. 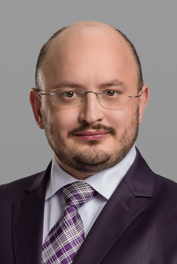 Sberbank acts under its own Procurement Policy and selects candidates in a process consisting of two phases; it requires the bidders to pass qualification tests first and then sends notices to short-listed candidates.

Explains Andrey Tronin, head of the Contracting and Procurement Practice:

"The first ruse to get rid of potential "ineligible" winners was the substitution of language: Sberbank published a "request to send in offers, with a limited number of participants" instead of calling the conventional closed, or selective, tendering — possibly with the sole intention to escape eventual liability for evading the otherwise obligatory conclusion of the contract.

Another ploy was no defined object of the "request" for bids (and no defined subject matter of the eventual contract either), omitted for the same purpose. The form of communication elected by Sberbank — by e-mail only — was also probably intended to leave no paper trail which can be possibly used as evidence and proof of negotiation and agreement, in a bad-faith attempt to evade the obligation to conclude the contract with the winner."

"INTELLECT-S demonstrated in court that it had validly won the tender, and refuted Sberbank's legalistic defenses, invoking the Higher Commercial Court's latest holdings against bad faith in business practice. Specifically, we demonstrated, producing written evidence and e-mails, that Sberbank had run a real tender calling bids and not "solicited offers", that the contract to be concluded was a framework agreement with a subject matter to be agreed in the course of its performance."