INTELLECT-S represented an italian company involved in the supply of machinery and equipment in arbitration with its Russian customer which requested arbitration at the International Commercial Arbitration Court of the Russian Federation Chamber of Commerce and Industry (the "ICAC") under the arbitration agreement in a contract under which the Italian company was to supply and install its custom-made equipment and train the customer's personnel. The relief the customer sought was the refund of 30% of the contract value paid in advance before the Company proceeded to manufacture the equipment. The customer was to pay most of the price just before the delivery by a letter of credit (while the final contractual payment in cash was due after the startup).

The Russian customer paid 30% upfront but opened no LC, so the Italian company suspended the delivery. The customer, who initially referred to financial problems, asked the supplier to reconfigure the equipment to run the price down, but later alleged the non-delivery constituted a breach of contract, demanded its dissolution and claimed the upfront payment back. In our Italian client's view, the breach was the buyer's, so the contract could not be dissolved and no money could be refunded. 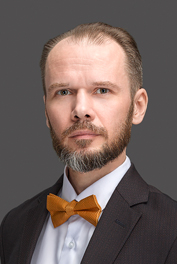 The arbitration involved the following questions:

The arbitration tribunal of the Camber of Commerce awarded the case to our client. The three-month statutory appeal period has not yet expired, but the Russian customer has not yet appealed the award in court.

The case was carried out by Alexander Latyev, Head of practice, PhD, and Timote Suladze, Head of the Italian Desk, INTELLECT-S.