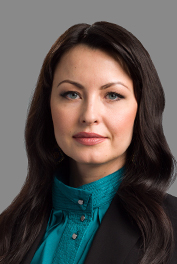 Anna Shumskaya successfully represented a Novosibirsk holiday accommodation provider in a suit filed by its customer for the refund of an upfront payment for a reservation which it had canceled too late.

Rosbank, a large Russian member of the Société Générale group, sued OOO Otdykh, a holiday accommodation provider in Novosibirsk, for the refund of over RUB474,000, a partial upfront payment for the arrangement of a corporate event early in the summer of 2011, but canceled the event four days before it was due to begin. In the meantime, the defendant had booked for Rosbank 74 guest rooms and a conference room for four nights at a hotel, ordered other services, and paid over RUB1.3 million upfront under a RUB1.5m contract it had entered with the hotel for the occasion.

Rosbank claimed its payment back on grounds that it had never used the services. The provider refused; and the bank sued for unjust enrichment and compensatory interest for the use or detention of money, in September 2011.

The plaintiff alleged its freedom to legitimately cancel the ordered services, minus the provider's actual reasonable expenses under the contract, but argued that the provider unjustly enriched itself retaining the fees for services it had never provided.

The defendant sued back for about RUB889,000 in actual expenses, — out of over RUB1.3 million it had been charged and paid to the hotel for 296 room nights, booking the conference room and other services, supported by the hotel's bills, and compensatory interest for the use or detention of money.

The trial court granted OOO Otdykh the relief it sought, ordering the bank to pay the actual amount the plaintiff paid to the hotel, and compensatory interest. The court relied on the Higher Arbitrazh Court's holding that a customer's refusal to perform the agreement did not terminate its obligation to pay the provider's expenses.

The judgment stood on appeal filed by Rosbank which ultimately had to pay INTELLECT-S's client RUB900,000.