INTELLECT-S represented the interests of the Bank, which is the part of the Société Générale group

One of the Bank's borrowers prepaid his mortgage loan and sued the lender for the alleged "extra" interest the bank had charged on the outstanding remainder of the principal for the entire original loan period.

Despite the fixed annuity repayment plan under the loan agreement, the borrower had been repaying the loan in much larger installments, which the borrower alleged had included the interest accrued for the period when he was not already using the prepaid loan, and supported his case with an expert accountant's opinion.

The borrower also cited to a 2012 holding of the Presidium of the Russian Federation Commercial Court, which entitles prepaying borrowers to the refund of unearned interest, if annuities have been overpaid. The holding and the subsequent professional commentary generated a tidal wave of actions in which courts sided with the borrowers. 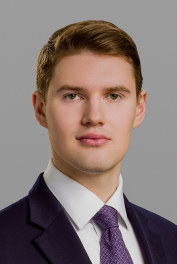 INTELLECT-S spectacularly demonstrated, however, that the annuity excess had covered the interest accrued only within the period when the borrower did use the loan. The figures we produced convinced the court beyond reasonable doubt so that it decided the case in favor of the defense without commissioning the usual forensic expert opinion.

We also prevailed in the borrower's two other claims, for the refund of the premiums he had paid under insurance that the bank had allegedly foisted on him, and for the refund of bank fees charged for currency conversions and money wires: we demonstrated that the insurance and the fees had been legally and, above all, legitimately written into the borrower's loan agreement.

The case was carried out by Alexey Komarov, Head of practice, INTELLECT-S.