A settlement agreement was the simplest method to solve the problem, but not the only one. INTELLECT used a less obvious approach.

Contrary to the formal position of the courts that refused to settle a dispute, INTELLECT’s lawyers found a way to restore a client’s rights.

INTELLECT Law Firm swung into action to resolve a conflict between a developer and a municipality at the "all is lost, boss" stage. And the path to find a way out of the situation at hand proved to be longer and more difficult than could be initially anticipated. But a virtually lost case was resplendently carried through till final victory thanks to the lawyers' ability to think outside the box.

The story began with the acquisition by an entrepreneur of a 100% equity stake in the authorized capital of a developer, Strelets LLC. Strelets had on lease two land plots provided by a municipality for development based on the results of a public auction. The problems were with lease precisely, but at the time when he purchased the company, the businessman did not know about it because he did not consult with the lawyers and, correspondingly, conducted no due diligence.

Thus, the entrepreneur became the owner of an organization that owed land rentals to the city authorities. It also came to light that the municipality had unilaterally repudiated the lease agreements with Strelets LLC out of court because of that debt. Moreover, an entry of terminated lease had already been made in the Unified State Register of Real Estate, and the municipality filed a lawsuit for recovering the debt under the lease agreements. As a result, Strelets not only forfeited the right to the land plots and their development, but was also forced to tackle the problem of paying off the debt to the municipality in the amount of 1.8 million rubles. 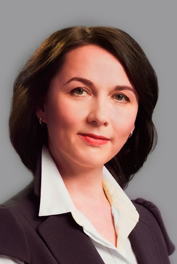 The business turned to INTELLECT Law Firm for help. Strelets' rights to the land were restored by INTELLECT's Senior Partner Roman Rechkin and Inna Kumanyova, Head of Practice, "Real Estate: Execution, Registration of Rights, Representation With State and Municipal Bodies".

The municipality's disposition was constructive because they were interested in Strelets' investments in construction. The city administration and Strelets LLC signed a settlement agreement prepared by the lawyers. The parties to the conflict agreed to consider the municipality's repudiation of the lease agreements as having become void and to reduce the amount of the rent arrears which the developer undertook to pay off.

That would have been the end of it to the mutual satisfaction of the parties. But, as the phrase goes, the trouble came from where it couldn't be expected: the arbitration court had no desire to approve the settlement agreement. The court deemed the items of the document dealing with the restoration of the terminated lease agreements to be unacceptable. According to the court, the recognition of the municipality's repudiation of the lease agreements as having lost force was effectively the new provision of the land plots to Strelets, and that is only possible through holding a public auction. Correspondingly, the arbitration court determined that the conditions of the settlement agreement ran contrary to the law and violated the public interests; consequently, the court dismissed the settlement agreement. That clearly absurd determination of the court of first instance was upheld by the court of appeals and by the cassation court.

Strelets LLC forfeited the rights to the land plots. And it seemed there was no chance to return them. However, INTELLECT's lawyers were able to restore the forfeited rights by coming up with an outside-the-box solution: a lawsuit was filed with court demanding that the municipality's repudiation of the lease agreements be held invalid as a unilateral transaction. The lawyers pointed out that, notwithstanding the existence of rent arrears, the municipality had no right to repudiate the agreements out of court. The lawyers emphasized that the matter could only be handled by the court.

The claim was upheld entailing the restoration of the lease agreements for the land plots, with the rights to develop them returned to Strelets.

Controversy around Ufa Hypermarket Is Close to Resolution