Impex “Transaction Passports” To Be Repealed

New changes in currency regulation to take effect in 2018. 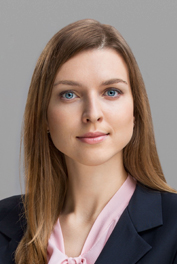 Two pieces of new legislation relevant to foreign trade will enter into force in Russia early this year: the Central Bank's standing instruction governing filings related to impex transactions, and a restatement of a currency federal law will supersede the previous version on May14, 2018.

The Central Bank's instruction No. 181-I dated August 16, 2017 will replace its predecessor on March 1, 2018 (originally scheduled to take effect on January 1, but delayed until March by the Central Bank's Directive No. 4629-U of November 29, 2017), is expected to streamline the practice and procedure of filing, by residents and non-residents, supporting documents and details (with banks charged to keep track) of bank operations in foreign currencies, including the uniform accounting and reporting forms, filing procedures and deadlines.

According to the Bank of Russia's statement, the instruction "is to liberalize the existing currency controls, relieving residents' burden of paperwork and filing". Specifically, the new instruction lifts the requirement that residents file the so called "transaction passports" (transaction dossiers/files) with their banks (currently instructed to require so). Furthermore, it will raise the threshold for statutory registration of impex contracts to RUB6 million, and discontinue the requirement for residents to file with the banks statements on their forex operations. Also, the new instruction establishes a RUB200,000 materiality threshold for statutory filing any documents related to impex-related forex banking.

A closer look, however, shows that the innovations are not to liberalize as much as they are to modernize the existing currency controls. The key innovations are the following:

1. No need to file reports on forex operations

The instruction exempts certain banking operations from filing supporting documents, such as debiting and crediting forex accounts by the equivalent of RUB200,000 or less (the previous limit for exemption was USD1,000).

Mandatory recording contracts and agreements (by assigning them unique ID numbers) between residents and non-residents by forex account banks will actually replace (and have the same objectives and consequences as) the existing "transaction passports" (transaction dossiers/files) currently filed by bank customers.

The minimum thresholds for recording are RUB3 million for imports and loans, and RUB6 million for export contracts. There are no changes in the list of specific contracts subject to mandatory recording from that in the existing instruction.

Each resident holder of forex accounts must file with their banks a copy of, or an extract from, its contract, which must disclose:

Banks must record contracts not later than the business day immediately following the date of filing.

Banks may record contracts on the basis of unexecuted drafts, with the executed copies (or certified copies) to be filed within 15 days of the execution.

Banks' clients must file contracts or detailed extracts for recording:

The new instruction also sets out procedures for discontinuing and amending contract records, and prescribes actions to be taken where contractual obligations are performed by third parties as a result of assignments and/or novations.

A better than the existing language and presentation of the content seem to be the key boon of the document which may count as liberalization. On the whole, however, the new instruction introduces no radical change in Russian exporters' or importers' situation. Worse still, the detailing may spell the government's intent to tighten controls instead of lifting any of the existing restrictions.

This is felt even more perceptibly in the other piece of new legislation, the restatement of the federal law on currency regulation and currency controls (as amended and restated by Federal Law No. 325-FZ of November 14, 2017) due to take effect on May 14, 2018. Specifically, the amended language of article 19(1.1) requires banks' resident customers to report the exact dates of their non-resident contractual parties' performance, i.e. the due dates of receipt of forex proceeds (instead of the "longest estimated dates of payment" as is required now). Article 23(5) is restated to permit banks to refuse to wire customers' forex funds in transactions not complying with the requirements of the law. In parallel, the restatement toughens companies officers' responsibility under article 15.25 of the Code of Administrative Offenses for violations of currency laws.

The latest trends demonstrate not so much relaxing as tightening export and forex controls; foreign-trade businesses should therefore pay as much attention to compliance and take into account new contractual risks.

INTELLECT-S entered into number of the best Russian law firms ,