In our role as TEACHERS we learned more from our STUDENTS than our students likely learned from us. 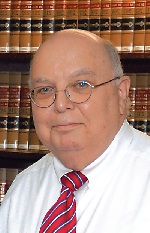 The second annual training program titled "Legal Business In the USA. Law Firm Management" was held in California in June 2010.

18 law firm top executives from Moscow, Yekaterinburg, Nizhniy Novgorod, Krasnoyarsk and Chelyabinsk have got a possibility to get an integral view on developed system of legal business in the USA. Silicon Valley law firm partners disclosed secrets of professional success. The training was held by INTELLECT-S Law Firm Groups in conjunction with San Jose State University as well as Ropers, Majeski, Kohn & Bently Law Firms and Lincoln Law School of San Jose.

All the events scheduled within the program were personally patroned by its Dean, Joseph Moless. Thanks to his authority in Silicon Valley and San Francisco law community and to his personal occupational contacts with law firm executives the success of the program was assured.

It is a very high honor to have been asked to share with you my observations concerning visits by Russian attorneys to California's San Francisco bay area and in particular. Our expectations concerning our visitors were high. A culture that produces the great and wise perspectives on humankind and human nature of Pushkin, Ostrvsky, Chekov, Tolstoy, Dostoevsky, V.S. Soloviev, and Solzhenitsyn, of course, must rank as a critical leader of western civilization. It was to be expected that we had as much to learn from them as they from us. Our Russian visitors did not disappoint. It was clear that all were of very high intelligence and great sincerity. Their good manners were both exemplary and pleasing. What was slightly surprising was their ready humor, their great inquisitiveness, and their keen desire to learn the attributes of successful American law office management, as well as American law. There is a biblical passage observing that no one is considered special by their own kin; and among American lawyers the notion that our law office management styles were unique was of some surprise. Our Russian colleagues called to our attention that it was in some ways quite distinctive. In our role as "teachers" we learned more from our "students" than our students likely learned from us. Such, naturally, are the rewards of seeking to instruct. Indeed, we were so impressed that in my capacity as dean I am creating a curriculum directed to Russian attorneys who seek to become California lawyers and expect to have it ready in November.

- What can you say about the difference in professional culture of Russian and American lawyers?

Of differences the most significant related, I think related to our political/legal cultures. In the United States there has been a tradition of fluidity between the middle-class and the elites; but ultimately the middle-class had much to say (and do) politically. In recent years the elites have asserted their power more aggressively and in the so-called "tea party" you may see in the American middle-class a momentous "push back". Apparently, Russian lawyers` represent a embryonic middle-class; yet like their American counterparts, serve as mediators between their clients and the elites. When my American peers ask about legal cultures in our two nations and distinctive issues, I relate our shared experiences when our Russian equals visited the State Bar of California. The State Bar is legislatively authorized but largely controlled by its members, who are all attorneys. As such it provides for licensure of attorneys and their discipline, if required. An astute Russian visitor asked the chief disciplinary attorney what would occur if California governor Arnold Schwartzenegger requested that he discipline an attorney with whom he had political disagreement. While political disagreement is not a ground for discipline would the State Bar find a way to placate the governor and seek out grounds to discipline or otherwise harass the disliked attorney? The general but strong consensus from us was that the answer would be an emphatic, "No." Not that corruption does not occur or that politics doesn't frequently soil what it contacts, but that the culture of the law is such in America after 200 years that it would be highly unlikely; and, in fact, more likely productive of such political mischief so as to have disastrous political consequences for the provocateur. It would be emblematic of a serious corruption and the fear that such corruption might reach other attorneys and foul the political and legal processes would lead to either the governor's impeachment or loss of political office; not that corruption does not inhere in our species but that Americans, I think, are profoundly disturbed when it occurs in our secular church: the law system. It was a matter of culture and recalled an observation attributed by Plato to Socrates: "The truth of the matter is this, Gentlemen. Where a man has once taken his stand, either because it seems best to him or in obedience to his orders, there I believe he is bound to remain and face the danger taking no account of death or anything else before dishonor" ("Apology", The Collected Dialogues of Plato (Princeton University Press, Bollingen Series LXXI), p. 15.).