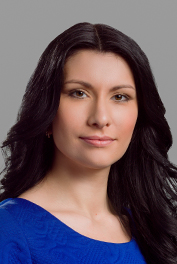 INTELLECT-S successfully represented Russian's oldest (online since 2000) and best-known job-seeking and online recruitment portal HeadHunter in a suit filed by a user over a personal e-mail which the user alleged was both intrusion on his privacy and mishandling his personal data.

The plaintiff who had accepted HeadHunter's terms and conditions and entered his personal data in a job-seeking form, received an e-mail by which the HH portal informed the user of a job fair and proposed to apply for participation. The user agreement did provide for the circulation of such private e-mail proposals, but the user sued HH for unlawful unsolicited advertising allegedly intruding on his privacy and mishandling his personal data.

The matter was compounded by the user's prior e-mail in which he accused HH of abuse of personal data and, instead of unsubscribing, demanding that the portal send him no more e-mails.

Represented by Svetlana Lebedeva, INTELLECT-S Senior Associate, HeadHunter convinced the court that HH had not been in breach of the Federal Law On Personal Data and that the job-fair e-mail had been no advertisement, even though the uniform user agreement permitted the defendant to circulate adverts to subscribed users. Moreover, the plaintiff had not unsubscribed and the user agreement was still in effect at the time when HH sent its job-fair e-mail, as his e-mail demand constituted no formal termination; therefore HH's job fair e-mail was legit and the user's action was groundless.

As a collateral issue, the defendant demonstrated that users' names, surnames and e-mail addresses did not constitute together personal data within the meaning of the term used in the personal data law, so HH was not in breach of the law either. Finally, the plaintiff failed to produce evidence that he was the legitimate owner and user of the e-mail account and address which he alleged was spammed. Convinced, the trial court ruled in favour of the defence, and the judgment stood on appeal.

The plaintiff sought RUB100,000 in damages for intrusion on privacy plus punitive damages for alleged mishandling of his personal data. The real value of the case is, however, precedential for similar future cases in the context of rising numbers of unsolicited advertising and personal data mishandling complaints and suits filed by Internet users against Internet companies with the regulators, supervisors and courts, which makes strong positive case law extremely important.