GKNN is an active investor in the residential and commercial construction industry in Nizhny Novgorod. The two debtors were GKNN's large investment targets.
The case was one of the biggest that our Nizhny Novgorod office has ever handled. It was remarkable both for the large principal amount and interest we helped the client to recover in full, and for two jointly and severally liable co-debtors under four loan agreements, Nizhegordkapstroi, one of Nizhny Novgorod biggest developers ("Nizhegorodkapstroi"), and SU155, a construction company. 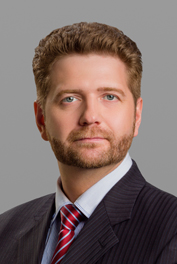 As a result, the funds that SU155 had paid as awarded by the court earlier, were insufficient to cover all the outstanding debt, interest and legal costs, and the debtor had to pay all the interest accrued on the loans after the judgments for recovery entered into force.

That saved the client an action which it would otherwise have to file for the recovery of the post-judgment interest (because the earlier judgments awarded it only interest accrued up to the dates of filing of the respective recovery actions).
We successfully used in court the statutory order of priority of debt repayment — which would have otherwise worked against the client — to enable the it not only to recover the debt and interest stated in (as accrued prior to) the judgments, but also interest accrued after the judgments entered into force, and therefore protected the client's interests to the fullest extent possible.

The case was carried out by Sergey Lukyanov, partner, INTELLECT-S.

No increase in business bankruptcy is expected unless another