INTELLECT-S successfully represented the Russian dealer of China's biggest and one of the world's 50 top construction machinery manufacturer, in a complicated product liability case.

A Russian owner of a 30-ton double-beam truck crane, which was constructed by Chinese manufacturersued it's distributor in Russia, , over the alleged poor engineering of the crane which tipped over allegedly under its own weight on the plaintiff's construction site in February 2012, five months after the purchase, resulting in a serious bodily injury.

The injured worker's employer sued for compensation and damages, despite it had no comments or reservations as to the product's fitness and merchantability at the purchase five months before, and despite the official expert opinion that the accident had been the fault of the crane operator (who was the plaintiff's employee) and the plaintiff's customer (the developer) which had failed to properly prepare the site for safe crane operation. (The official expert assessment was conducted immediately following the accident by Rostekhnadzor, the government regulator of all operations involving cranes which are classified as hazardous machinery under Russian law and, as such, are subject to special supervision and regulations.)

In parallel with the court action filed in December 2012, the plaintiff called for a new Rostekhnadzor assessment which the defendant had not been duly notified of, which was conducted without our client's representatives present, and which resulted in a miraculous reversal of the previous findings of the plaintiff's contributory negligence. Moreover, the new opinion laid the blame with the seller of the crane. In representing the client during the trial, we contested the new adverse opinion and had the court to disregard it and to commission a new official Rostekhnadzor assessment. In total, three more forensic expert assessments (one principal and two accessory) were conducted during the proceedings that lasted almost two years. 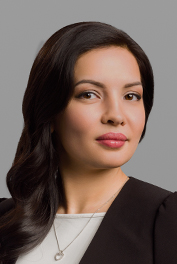 In parallel, INTELLECT-S commissioned two independent engineering investigations. In order to convince the court of the defendant's innocence, the INTELLECT-S's lawyers became crane engineers: they learned the speak of crane drivers and slingmen; studied the machine's design and operation manuals, learned to read drawings and specifications; went with a magnifying glass through the rules of static and dynamic tests; decoded, together with engineers from China, the records of the crane's "blackbox", and, finally, recalculated the losses, carefully adjusted for wear, to demonstrate the plaintiff's overestimation of damage.

As a result, we were able to demonstrate, in plain, non-technical language, the true picture of the accident and, relying on the basic laws of physic, prove that the crane could not have had any possible design or engineering flaws that would have made it tip over under a permissible load. Moreover, we proved beyond any reasonable doubt that the plaintiff's inappropriate operation of the crane at critical limits with frequent overloads and tampering with its automatic safety settings had led to the accident.

The court accepted the defendant's case despite the findings of the three forensic exert assessments, and dismissed the action, denying the plaintiff RUB3 million in relief it sought. Moreover, our success saved our client and the company in China considerable reputational damage.

The case was carried out by Julia Kurmambaeva, Partner, INTELLECT-S.